An image-filled book featuring the work of artist Janet Jaffke and accompanied by short narrative stories from writer Laurie ShoulterKarall.

This book was born from a 30-day challenge and grew to become a collaboration that continues to this day. Janet accepted the challenge where artists were to do something in their sketchbooks every day for thirty days. Each day, Janet posted her results on social media where her posts caught the eye of editor and writer, Laurie ShoulterKarall. Laurie saw narratives in Janet’s images and began writing short stories and posting them with Janet’s images. Although an ocean and many miles separated the two, they continued to play the game and have compiled some of the early collaborations in their newly published book “catch”.

The game of catch is simple; anyone can play. Making art is the same but too many people feel intimidated by the very thought of being creative. Creativity is the doodle on a paper napkin, random beads strung on a piece of elastic, or a haiku written on a post-it note. The creative process for the two of them will continue as they delight in someone catching what they have thrown out there into the world.

Take a look below for a glimpse into Catch’s pages or visit the full preview & purchase page here.

Get your copy now! 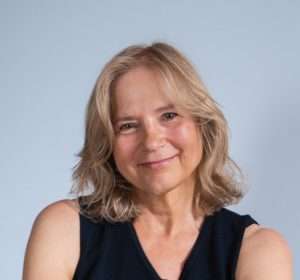 Janet Jaffke is an international fiber and mixed media artist. She was born and raised in Chicago and now resides in a small farm town in Alsace, France. She graduated with a BFA from the Chicago School of the Art Institute where she focused on textile design and fiber art.

After moving to France in 2013, Janet participated in the Art2Life Creative Visionary Program and worked primarily in acrylic mixed media, using collage as part of the process.  The work she did in the CVP eventually led her back to her roots and love of textiles. Today Janet works primarily with burlap and fiber.

Janet has had artist residencies in Florence, Italy; St. Joe, Michigan; and Lewiston, New York. Her work has been featured in the literary magazine,“The WovenTale Press” and has been a featured artist on their website. 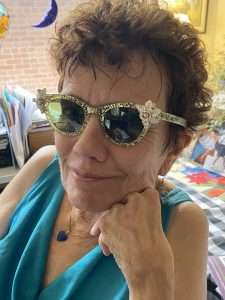 Laurie ShoulterKarall is the Executive Assistant for the Chicago CRED Citywide team. Prior to coming to CRED, Laurie was the Communications Manager and the Executive Assistant to the CEO at Chicago International Charter School (CICS). She has also worked at the Council for Adult and Experiential Learning (CAEL) and at After School Matters. In her spare time, she is a proofreader and editor of academic articles and books, as well as two fiction books by author C.M. Castillo. She has written articles and blog posts for a variety of print and social media. Her own artistic pursuits include occasional linoleum prints, tiny collages, and writing haikus, short stories, and several unpublished novellas. Born in western New York state where she still owns 99 acres of trees, she had lived in Chicago for over 40 years with her husband David Karall, a retired massage therapist and visual artist, in a house with a yard that closely resembles a forest.

I'm not around right now. But you can send me an email and I'll get back to you, asap. Thank you for your interest.

CREATIVE CONTENT, STRAIGHT TO YOUR INBOX!
Sign up below to keep in touch with what I’m up to. You'll get a gentle, arty newsletter, (usually quarterly),  where I share my work in progress, releases of new work, blog updates and videos and invitations for upcoming shows and events.

Why not keep in touch?
*Your personal information is contained behind secured networks and is only accessible by Jaffke Studio. Your email address is kept strictly confidential.

Powered by Convert Plus